The Yamaha XTZ 150 is Nepal’s most recent dirt bike. Several years ago, MAW Enterprises, the authorized distributor of Yamaha motorcycles in that nation, introduced the 125cc model of the same bike to Nepal.

Despite the fact that dirt bikes are growing in popularity in Nepal, most people cannot afford to get one due of the high cost. Businesses are now focusing on selling low-cost dirt bikes to Nepal as a result, and it appears that Yamaha has also joined the bandwagon.

The nation’s first fuel-injected dirt bike is the Yamaha XTZ 150. According to the manufacturer, the XTZ 150 is a fantastic option for use on all types of roads because to its design, toughness, and maneuverability. Given its durability and modern features, we can only wait to see how Yamaha does in the Nepali market.

In the section below, we examine the bike’s many features and discuss why it can be a popular option for Nepali commuters. Check out the Yamaha XTZ 150 features, reviews, and specifications.

It has addressed every drawback of the bike’s predecessor, the XTZ 125, and represents a major improvement over those bikes. The new XTZ 150 has a strong body and an aggressive style. The most noticeable aspect of the bike is its 12l gasoline tank, which is unmatched by dirt bikes in its price range.

It has a bigger gas tank and a halogen headlamp with a shield up front. The bike now includes luxury design elements and features in addition to a premium appearance. It has features like a rear-link suspension and an instrument panel, which could be useful while choosing.

The Yamaha XTZ 150 sports a telescopic fork suspension up front and a mono-cross swingarm in the back. It also has an additional 235mm of ground clearance and an additional 835mm of seat height.

A 149cc air-cooled, single-cylinder, four-stroke engine powers the Yamaha XTZ 150, delivering a maximum torque of 13.1 Nm at 6000 rpm and a maximum output of 12.5 PS at 7500 rpm. It incorporates both the most contemporary FI technology and Yamaha’s own engine technology.

It only has a five-speed transmission due to power adjustments made to the bike to make it more user-friendly. The bike’s power should be sufficient unless you’re embarking on a really arduous excursion. In especially on Nepalese roads, it is perfect for both on- and off-road use. The fact that this bike can be used for daily commuting is a big plus. Because the electricity has been adjusted, you also don’t need to worry about having excessive costs.

The cost of the Yamaha XTZ 150 in Nepal is Rs. 5,69,900. It comes standard with a single variation. The offering is more aggressive when comparing the feature to the price ratio. The XTZ 150 has a stronger engine, a bigger seat, and a bulkier frame. Honda XR 150 and Yamaha XTZ 150 are rivals.

For many, the Honda XR 150 has been their preferred dirtbike. It provided an affordable dirtbike that was dependable and usable. Unfortunately, because to its entry-level status, it is missing out on a lot of new features. Here’s where the Yamaha XTZ 150 steps in with its additional features, distinctive design, and FI engine. 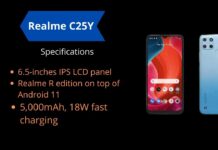